Word of the Week – Grapevine 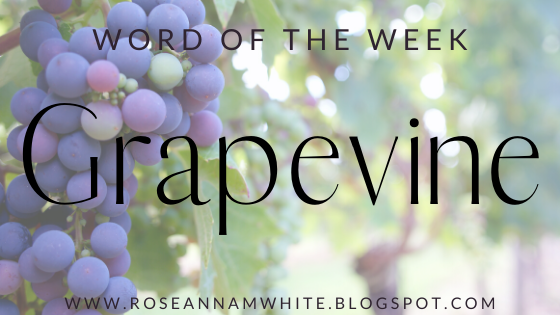 We’ve all heard it through the grapevine (and some of us might break into song at the mere mention…), but do you know where the saying comes from?

I didn’t–but I learned recently so thought I’d share. =)

Grapevine, meaning “a rumor” or “information spread in an unconventional method,” comes from the Civil War era South. The “grapevine telegraph” was much like the “underground railroad.” Metaphorical and secretive. Just as the latter wasn’t a real railroad, but a term to refer to the secret movements of runaways, so the “grapevine telegraph” referred to spreading information on the down-low, rather than using the real telegraph. And so grapevine is a shortening of that–a way to spread information without using typical means that could be tapped or overheard.