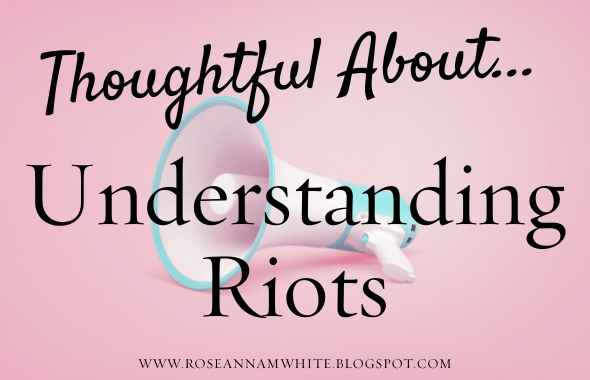 I’ll admit it–I’ve never understood riots. Whether they’re a result of a sporting event or a grave injustice, the act itself is just something that is foreign to my disposition. I have been largely baffled by the examples in my lifetime, and I honestly didn’t know what to think of them. Should I take a side? Make a judgment? Should I do anything, say anything, think anything? Should I do anything other than pray God will work in the situation?

This has never been a political question for me. Honestly, anything political generally just frustrates me. But riots, movements, protests all get very political, very quickly. So I’ve opted for silence in any public forum, because my motto is “don’t vent any political opinions. You’ll only offend half the people who see it.” LOL.

This week, though, as the protests around the country even make it to my tiny hometown, I have to speak. And I have to speak because finally, finally I understand. And I owe it to fiction.

Over the weekend, the Hunger Games movies were on. Rather good timing, that. Because not an hour after I said to my husband, “I understand that this is a terrible injustice. I just don’t understand rioting–as a thing, I mean,” we turned on the TV and there were Katniss and Peeta, thanking Rue’s District for her sacrifice. They poured out their hearts to a crowd of people just as oppressed as they had been, as they still were. And the people saw. They saw in those two Victors from District 12 a rallying cry. Those people cried out in response. And their actions soon turned to a riot.

A riot I had zero problem understanding. Which made a big ol’ lightbulb go on inside this little head.

When a group has been oppressed for decades or centuries, when they have cried out again and again for justice, and when the very people who should be delivering that justice are instead the perpetrators of more injustice…

When even those who have never broken a law are afraid of the police, because the police see them as a threat, whether they are or not…

When the very people who should be their brothers and sisters are the first ones to say, “It’s not that bad!”…

When there is nothing else they can say, then what’s left?

Action. They lash out. They lash out from broken hearts and the utter certainty that tearing down the neighborhoods that have trapped them in this oppression can’t possibly leave them any worse off–and might stir people. Not the people who are opposed to them, but those who should be standing with them. Every riot against injustice that roars to life, my friends, says something about us. About the people who did not hear the cry before. Who did not help change come. Who did not already right the wrongs.

But how can we? This is where I’ve run into frustration time and again. I want equality. I want it to be finished, complete, full. I want everyone on both sides to stop focusing on our differences.

But that’s where my own bias has suddenly become apparent to me. I want that because I can stop focusing on it–because I don’t live a life that runs into it every day. Because I have the freedom to be who I am without apology, without anyone looking at me askance because of it or making me feel my life is in danger. Others don’t have that freedom.

Here’s the thing though–most people, I have to think, don’t understand that any more than I have. And when labels are applied–racist, bigot, privileged–it just gets hackles up. Defenses rise. Our automatic response is to shout back, “No I’m not!” and dismiss the valid points along with the label. This is human nature.

It’s important to identify the problem–we can’t fix what we don’t see. But labeling doesn’t fix anything, ever. It just creates tribes. It creates opposition. Instead of recoiling, instead of rebutting, instead of judging, instead of even shaking our heads in confusion, here is what we need to do:

Visibly. Vocally. Love out loud. Love in a whisper. Love in a million tiny ways and a thousand big ones. Love the victims, love the perpetrators, love the frustrated moms and the terrified kids. Love the old-timer who preferred things the way they used to be, and love the protestor shouting for a brighter tomorrow. Love them all, knowing that God does. Knowing that we are His children. Knowing that if half of us are so fed up, so beaten down, so tired of fighting the same fight over and over again that they feel the need to riot or protest, then it doesn’t really matter if we fully understand–it only matters that it’s time to #BeBetter.

The church. The “world.” The police. The military. The courts. The neighbors. The bosses. The employees. Standing with those who feel this pain means accepting it, feeling it with them, granting that maybe we don’t know what “right” is and that maybe they do. It means insisting that something be done, because the status quo isn’t good enough. It means hearing the rallying cry and recognizing that any fight that is theirs is also ours–because we are one in Him.

In the Hunger Games, we were all rooting for rebellion, for revolution to take hold–because from our cozy seats, we could so easily see who was the bad guy and who was the hero. But for those people in the districts, it was a whole different story. The same story, the one they’d been hearing for generations already. They already knew the cost of uprising. They paid it every year. Every day. Finally, though, a spark caught. Fire spread.

Maybe we fear that fire. But fear cannot rule the day. I still don’t know exactly what I can do, but I do know this–when I stand before the Almighty, I don’t want him to say to me, “Why did you put out the blaze of My righteous fire?” I want Him to say, “You let Me burn away your chaff, my child, and be purified. And then you spread the fire of My spirit to all around you.”

My husband just wrote an article that looks at the larger subject and how we can view it through spiritually-aware eyes. Check it out on his brand-new website, the Spiritual Struggle. 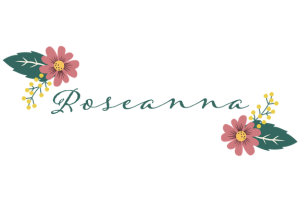